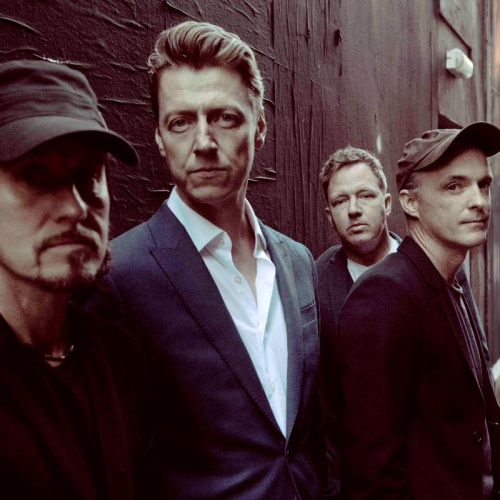 Following its first play on the Zoe Ball Breakfast show this morning, Travis have unveiled the Fran Healy-directed video to their stellar new single ‘The Only Thing’ featuring Susanna Hoffs of The Bangles. The track is the fourth to be taken from their eagerly anticipated new album, ’10 Songs’, which will be released on October 9th on BMG.

Of the video, Fran comments; “This is definitely my Covideo. One of the main prerequisites was to somehow get us all on the same stage and try to capture the spontaneity of a duet while the performers are in different locations. Leading up to the shoot, I would send Susanna a video of a great duet. Summer Wine, I Got You Babe, Islands In The Stream. I hired a small film crew and persuaded Glasgow’s Theatre Royal to open its doors to us. I directed the shoot remotely, via three phones. One in the DP’s ear, one FaceTime trained on the monitor and one iPhone with the band. There were so many moving parts. I’m amazed we got there and it turned out great.”

Written by Fran Healy and co-produced by Fran and Robin Baynton at RAK Studios, Susanna delivers the line, “You are the record in the record shop nobody wants to buy” – perhaps the most perfect pop moment in a Travis back catalogue that features classics like Writing To Reach You, Why Does It Always Rain On Me? and Sing.

It was a chance exchange on Twitter that propelled Fran and Susanna towards each other. She liked his voice. And he grew up adoring hers. Now a resident of Los Angeles, Fran drove out to Susanna’s house and played her a demo of a duet he had in mind. The results, a stunning track of married protagonists addressing each other from shifting ground.

Of the collaboration, Susanna reflects; “Fran and I met through a mutual appreciation on Twitter. The friendship grew from there. One day, he asked me to sing with him, and without hesitation, I burst out ‘Yes!’. He showed up at my doorstep with his recording gear and we recorded my vocals in the living room. Collaborating with Fran and the band has been a pure pleasure.”

2021 will also welcome the band back on the road with an extensive UK headline tour including a big London show at The Roundhouse.

Co-produced by both Fran and Baynton (Coldplay, Florence & The Machine), and recorded at RAK Studio, ’10 Songs’ is about the way life comes at love and what love does to weather those challenges. It’s grown-up. There’s sizzling synergy in abundance and benefits from the almost psychic sense of mutual attunement that comes from being in a band whose line-up hasn’t changed in its entire collective lifetime.