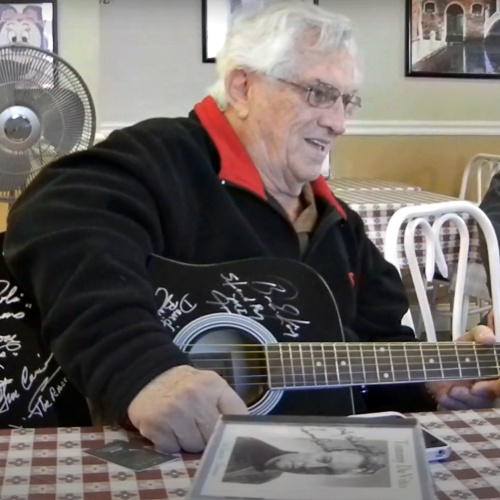 The singer – who was an original member of The Four Seasons – passed away in Las Vegas from coronavirus complications.

‘Casino star Alfredo Nittoli shared on Facebook: “My dear friend Tommy passed away in Las Vegas at 9:45 last night with deep regret. I am writing this sitting in his living room. I was informed by his daughter Darcel there will be a service in New Jersey.”

During his time in the band, Tommy was a baritone vocalist as well as lead guitarist in the group.

Releasing an official statement on Frankie Valli’s social media accounts, they shared: “It is with great sadness that we report that Tommy DeVito, a founding member of The Four Seasons, has passed. We send our love to his family during this most difficult time. He will be missed by all who loved him. – Frankie Valli & Bob Gaudio (sic)”

He wrote: “MUSIC LEGEND! (ORIGINAL JERSEY BOY) TOMMY DEVITO (R.I.P.) … YOU WERE LOVED AND WILL BE MISSED. (sic)”

And fans also rushed to social media to pay tribute to Tommy.

One wrote on Twitter: “songs of my childhood still in my memory! So many hits had they!! (sic)”

Whilst another added: “The music industry lost a legend today. #tommydevito, original founding member of The Four Seasons and #TheJerseyBoys passed away today. This is Tommy with my father and Joe Pesci. The 3 of them were great friends. RIP Tommy D (sic)”

A third shared: “just found out that Four Seasons baritone Tommy DeVito passed away yesterday at the age of 92, after having contracted #COVID19. one of my favourite pop groups growing up. sending love to his family and @frankievalli (sic)”