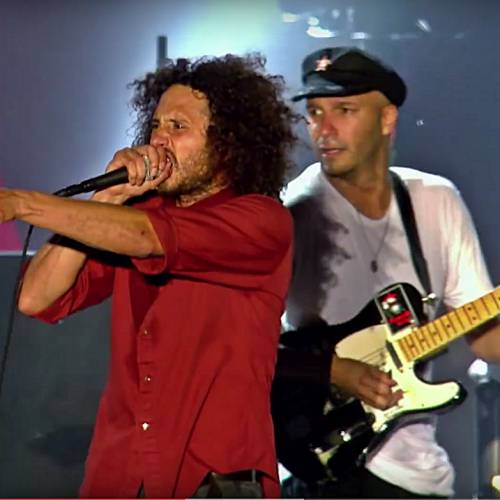 The 56-year-old rocker has launched his Audible Original book ‘Tom Morello at Minetta Lane Theatre: Speaking Truth to Power Through Stories and Song’ to take fans on the musical journey of his life.

Telling his story through words and music, Morella explores his past, from his childhood to his career with Rage Against the Machine and Audioslave.

Explaining the inspiration, he told Collider: “There are a number of projects that I’ve been involved in recently, from my MasterClass to a photo book of my life (‘Whatever It Takes’), and putting out a guitar with Fender, that have been projects that are related, in some ways, more to my life than to specific songs.

“For years, I’ve been spinning campfire yarns, and some friends and family who I worked with were like, ‘You should really put all of that together, as a way to tell your story.’ I’m very comfortable and confident in front of an audience, talking and telling stories, and then mixing that in with some shredding guitar, felt like it would be a fun thing to do and a way to connect with fans from different generations.”

The guitarist has been asked to turn his story into a documentary – but he prefers to collaborate with Audible as he had more control over the narrative.

He explained: “There are countless offers to do documentaries about countless bands that I’ve been in, but I liked this because I was able to really shepherd the whole thing. If you listen to it, there’s a lot of stuff that’s brand new, that you didn’t know.

“It’s a uniquely American story, in a way, that has some very international elements to it.”