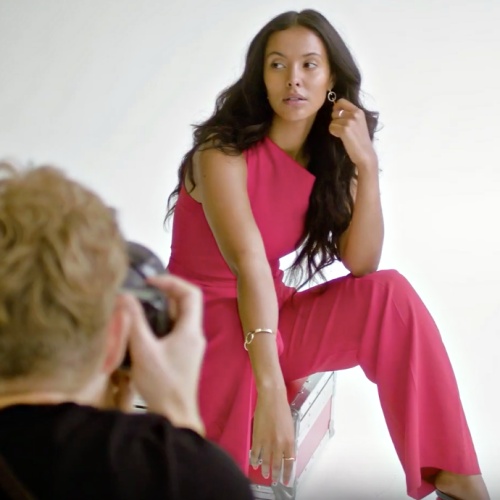 The grime musician opened up about their four years together – which came to an end in August 2019 – on last year’s track ‘Lessons’, but the TV star has admitted people should expect to have their life immortalised in a song if they date a musician.

Speaking during an online Q&A with Madison Beer, she said: “I feel that going out with an artist, you kind of sign an invisible contract where it’s like, ‘This is this, it’s everybody’s business.’ “

The tune – which featured on his second album ‘Heavey Is The Head’ – named her in the lyrics.

Stormzy rapped: “Fast forward now, my nephew’s still asking for his Auntie Maya, guess this is the karma for what I done to Maya.

“I just stood and let it burn, I couldn’t down the fire. Lord, I pray you make it easy, that’s my one desire.”

Meanwhile, Maya recently admitted she has “been through worse” than their breakup, and she has found a “new lease of excitement” since the split.

She recently said: “I was in a relationship for nearly five years and I’ve had a new lease of excitement. I don’t allow myself to be down in the dumps about things that are out of my control like my break up.

“I’m one of those hard, nutty people – I’ve been through worse. It’s all about keeping it moving and having stuff to look forward to.

“I know myself now and I’m happy with myself. People’s opinions don’t affect me as much. I want to use this time to spend with my friends and have loads of fun girl trips.”