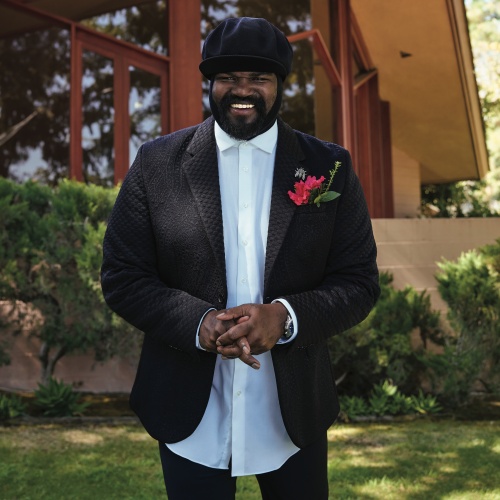 As Proms in the Park and Radio 2 Live in Hyde Park are unable to go ahead due to the coronavirus pandemic, Radio 2, the UK’s most listened to radio station with 14.36 million listeners per week (RAJAR Q1 2020), will be creating some late summer festival magic with a weekend of garden party performances from musicians in the UK and the US.

Jeff Smith, Head of Music, Radio 2, says: “Radio 2 Live At Home will celebrate some of our favourite artists performing in the great outdoors, as well as offering the opportunity to relive some classic sets from our Festival in a Day from years gone by. Who wouldn’t want to relive Jeff Lynne’s amazement at 55,000 people singing along as ELO performed their first full set in 27 years, or Kylie’s impromptu reunion with Jason Donovan on stage for a unique performance of Especially for You.”

On Sunday 13 September, Trevor Nelson will front the show on Radio 2 from 7-8pm, passing the baton to Sara Cox from 8-9pm and Zoe Ball from 9-10pm. Sunday’s programme will include music from McFly, John Legend, The Killers, Erasure and Craig David.

The weekend culminates with a special one hour programme on Sunday 13th September on BBC Two, presented by Jo Whiley and Trevor Nelson and featuring highlights from all Radio 2 Live at Home performances.

Highlights and a selection of full sets will also be available to watch on BBC Red Button across the weekend from the morning of Saturday 12th September.

Sheryl Crow says: “I can’t wait to play live with an audience, but for now, I’d like to welcome Radio 2 listeners to my barn in Nashville to enjoy a few songs.”

Craig David says: ‘Whilst we can’t party in person, we can have a house party for Radio 2 Live at Home.”

Andy Bell from Erasure says: “With Vince joining from New York, we’re looking forward to entertaining you – each of us performing from either side of the Atlantic.”

Sir Tom Jones says: “Lockdown for me has been a peaceful time spent at home but I can’t wait to get back behind a microphone with my band to sing for you!“

The Killers say: “Out of the ordinary times, so we followed suit and jumped on the roof of Caesars Palace, Las Vegas to do what we do. Felt strangely natural!”

John Legend, who will be performing with the BBC Concert Orchestra, says: “I really wish I could be performing live in London and looking at thousands of smiling faces, but I’ll be sending love and sunshine from my garden in LA as we perform for Radio 2 Live at Home.”

McFly says: “We’re thrilled to be back together making new music, so can’t wait to perform together for the first time this year for Radio 2 Live at Home.”

Gregory Porter, who will be performing with the BBC Concert Orchestra, says: “It’s always a pleasure to perform for British audiences as the UK have always been so supportive! While there is an ocean between us, I’m looking forward to sharing a few of my favourite songs with you.”

Chrissie Hynde of The Pretenders says: “After months in lockdown, come rain or shine, we are so happy to be able to perform in the glorious British outdoors for Radio 2 Live at Home!”
Nile Rodgers’ set will be a truly international affair, with Nile performing from Central Park, members of Chic from locations across the US and they’ll be joined by Rebecca Ferguson from a British countryside location.
Nile says: “We’ve always loved playing for the BBC. I remember the magical atmosphere in the BBC Radio Theatre when I performed for Radio 2 In Concert in 2017, so I jumped at the chance to perform a few songs for Radio 2 Live at Home from New York City. And what a treat to be joined by the wonderful, Rebecca Ferguson.”
Previous Radio 2 Live in Hyde Park festivals will also be celebrated, as viewers and listeners will be able to relive the magic of classic sets on BBC iPlayer and BBC Sounds from 1st September, with selected tracks also be played as part of the Saturday and Sunday night shows on Radio 2. Sets include Pet Shop Boys (2019), Kylie Minogue (2018) featuring the impromptu reunion of Jason Donovan for Especially for You, Rita Ora (2018), Lenny Kravitz (2018), Take That (2017), Shania Twain (2017), Sir Elton John (2016), Rod Stewart (2015), Jeff Lynne’s ELO (2014) who performed a live concert for the first time in 27 years, and Smokey Robinson (2013).

The TV programming follows a recent slew of music TV on the BBC, including The Glastonbury Experience, Gospel According to Mica, Rodney P’s Jazz Funk, Everything: The Real Thing Story, Later… with Jools Holland, When Bob Marley Came to Britain, One World: Together At Home. And coming up this autumn: Soul America (3 part series), Jazz 625: The British Jazz Explosion, Ronnie’s: Ronnie Scott & His World Famous Jazz Club, BBC Arena: Fela Kuti – Father of Afrobeat, Count Basie: Through His Own Eyes, and Top Of The Pops: The Story Of 1990.