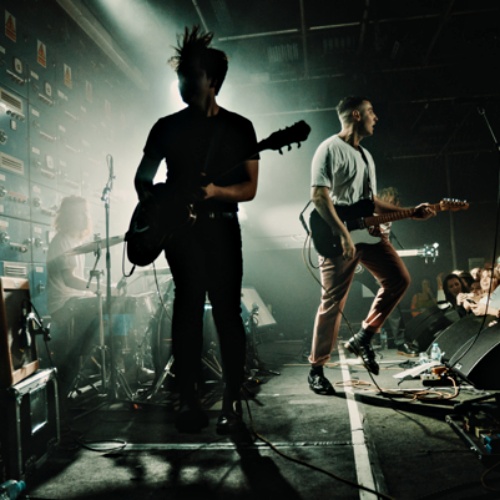 After flying into the charts and landing a Top 3 debut album, Sea Girls are on fire and today announce new dates for 2021 plus rescheduled UK headline tour dates to April & May 2021. The tour includes sold out nights at London O2 Academy Brixton, Glasgow Barrowland, Manchester Academy 1 and more, as well as huge extra Academy dates in Liverpool, Newcastle, Leicester, Sheffield, Oxford, Portsmouth, Leeds and Cambridge.

Frontman Henry Camamile says of the tour and the band’s recent album success;
“We started this band because we all love music. No way did we expect to have so many amazing people connect with our debut record and for it to enter the album charts at Number 3. We are so grateful and touched. Being amongst other guitar music in the Top 10 makes us smile and feels like it definitely ain’t dead. It’s been a lifeline that we could still chat to our fans and release music during lockdown. We want to be playing shows as soon as possible but it looks like it is still not gonna be safe to do this for the big dates on our Autumn tour. In consultation with our team, we have rescheduled the November dates to April 2021. It will come around soon and we’ll make up for it at these shows.”

With album Open Up Your Head, the band’s songwriting has elevated, with Henry stepping into the spotlight as a genuine storyteller for his generation.

The album is an explosion of joyous indie rock held together to reflect topics such as his previous traumatic head injury, the anxiety that ensued, and resulting adolescent vices. In accessing those darkest and least comfortable parts of himself, the record becomes one of hope for the band and fans alike.