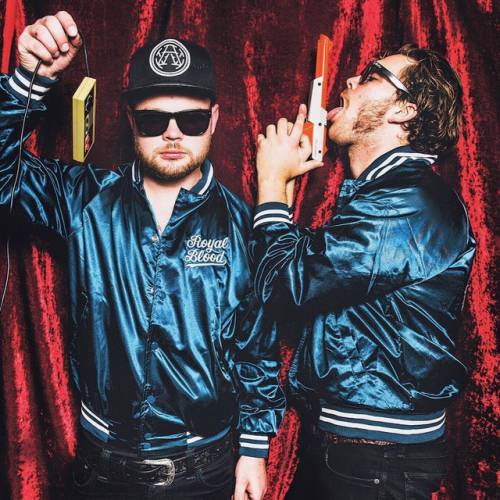 The rock duo – comprised of Mike Kerr and Ben Thatcher – have shared a preview of their stomping new song, which they confirmed will arrive on Thursday (24.0.9.20), on Instagram.

They wrote alongside the clip: “TROUBLE’S COMING. THIS THURSDAY. Pre-order our brand new single now on 7inch vinyl or pre-save it via the link in our bio. (sic)”.

It will mark the pair’s first new music since their 2017 record, ‘How Did We Get So Dark?’.

The ‘Figure It Out’ hitmakers have been working on a new record for some time, and Mike previously teased that their third studio effort is the “best thing” they’ve done.

The 30-year-old musician said “the standard has raised” with their new material and they’re glad they made the decision not to “rush” their new tracks.

He said: “The standard has raised and we hit upon a couple of tunes that were better than anything we’d ever done before. It’s changed the temperature of the water a lot. We were like, ‘Oh s***, what if we had a whole record of these?’ That led to us feeling like we’re not in a rush to put out something that’s mediocre. We’re going to hold out and put out the best thing we’ve ever done.”

The ‘Out Of The Black’ rocker previously hinted on Instagram that the pair were working on some “weird and scary” material and went on to explain that although they felt a “little self-conscious” at first, they were eventually happy they touched upon “new and fresh” music.

He said: “All things scary should feel weird at first. It’s like when you’ve got a new accessory or a piece of clothing that feels scary, you feel a little self-conscious going out in it.

“Then you catch your reflection and realise that you look cool as f***. It’s one of those for us. If you’re not scared, then it means that you haven’t touched upon anything new or fresh.

“I think we were waiting for the fear.”