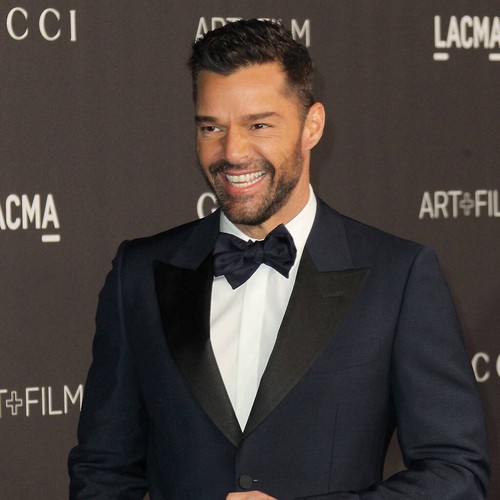 The star stepped in front of the camera as Gianni Versace’s grieving partner Antonio D’Amico in the miniseries and landed a nod for Outstanding Supporting Actor in a Limited Series or Movie.

“I’d love to,” he gushed. “It’s time to discover myself in this — even though I started doing this when I was 10 years old. I want to do so much, not only in front of the camera, but behind the camera.”

During the Covid-19 crisis, however, Ricky has been focused on music, and released a new EP, Pausa, featuring collaborations with Sting and Bad Bunny.

“I’m so proud of them,” he said of his peers. “When I started working with music, it was mainly romantic ballads. I allowed myself to go into a very Latin-African sound on (1995’s) Maria.”

“I remember that the president of a record company told me, ‘Oh, my God, Ricky, this is the end of your career’,” the star added, noting the hit went on to top the charts in Australia and parts of mainland Europe.