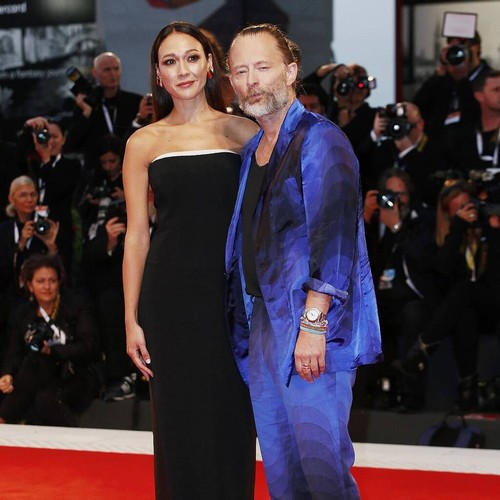 Photos from the couple’s big day were shared on social media by celebrity photographer Greg Williams on 20 September, with the caption revealing they had tied the knot the day before.

“@thomyorke and @dajana_roncione chilling after tying the knot in Sicily last night,” he captioned the black-and-white shots, showing the pair lying together on a huge floor cushion in an elaborate room at Villa Valguarnera – the couple’s wedding location.

Both stars are dressed in their wedding attire in the snaps, with Dajana wearing a stunning off-the-shoulder, ruffled, tiered white gown and Tom sporting a white suit.

It is the Creep hitmaker’s second marriage – he was married to Rachel Owen from 2003 until their separation in 2015. She passed away the following year after a battle with cancer, leaving behind their two children: Noah, born in 2001, and Agnes, born in 2004.

The marriage is Dajana’s first.