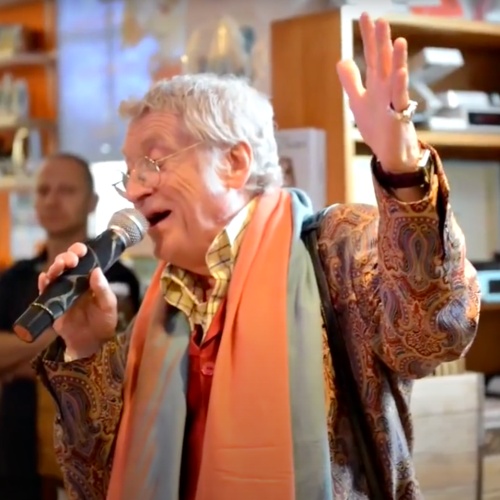 Noddy Holder has been “playing guitar again” and thinking about a big comeback.

The former Slade frontman admitted while he has been working on new material “over the years”, he wouldn’t want to go back to a full time schedule.

He’s quoted by the Daily Star’s Wired column as saying: “I have a stockpile written over the years.

“I didn’t just stop, bang, and that was the end of the story. I still have moments when I get the inspiration. But I couldn’t do it night after night, year after year.”

And although the coronavirus pandemic has made things difficult for the live music industry, he’s not ruling out a return to the stage.

He added: “Well, never say never – I might do it now. If they ever let me out of the house.

“I’m brushing up on my guitar technique, going back to my roots.”

Last year, Noddy played down the idea of ever reuniting with his former bandmates.

Asked how often he sees the rest of Slade, he said: “Not very often. I did see Don [Powell] this year. I haven’t seen Jim [Lea] for a long, long time.

“It’ll be about a year since I saw Dave [Hill] – if I’m going through Wolverhampton, I’ll call in for a cup of tea.

“When I left the band, we weren’t getting on. We did get together in the same room about 10 years ago but we were arguing again within five minutes.”

On the subject of possibly touring with the band again, he added: “No, absolutely not.”