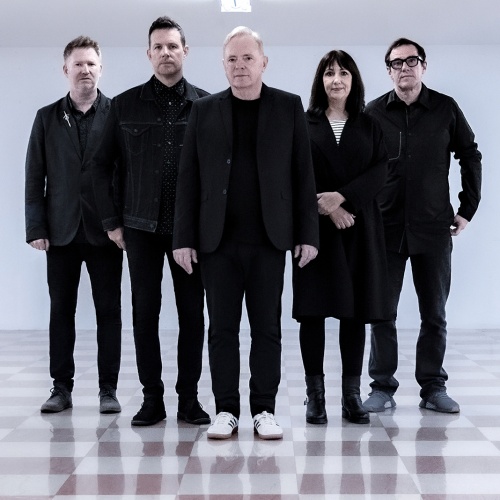 Bernard Sumner and co are back with an uplifting synth-pop anthem in ‘Be A Rebel’, which follows their acclaimed 2015 LP, ‘Music Complete’.

The single was originally set to be released before the band’s tour, which has been rescheduled for 2021, due to the coronavirus pandemic, but they wanted to give fans something to enjoy in the meantime.

In a statement, Sumner said: “In tough times we wanted to reach out with a new song. We can’t play live for a while, but music is still something we can all share together. We hope you enjoy it … until we meet again.”

Speaking about the track to NME, drummer Stephen Morris – who completes the lineup with Gillian Gilbert, Tom Chapman and Phil Cunningham – said: “It’s kind of carrying on from ‘Music Complete’. It’s a very dance-y song.”

Morris also hinted that there could be more New Order tunes on the way in the future, but for the time being ‘Be A Rebel’ is a “one-off”.

The sticksman added: “It’s been a bit strange making a record via remote control, with the song getting batted about backwards and forwards, but hopefully it’s turned out alright!

“It’s just a one-off at the minute. We thought we’d start with one and then see how it goes.”

New Order are poised to release the definitive collection of their 1983 studio album ‘Power, Corruption & Lies’ on October 2.

And next year, the True Faith’ band will embark on their joint ‘The Unity Tour’ across North America with Pet Shop Boys.

After the trip across the pond, the seminal group will play a one-off gig at London’s The O2 arena on November 6, 2021.