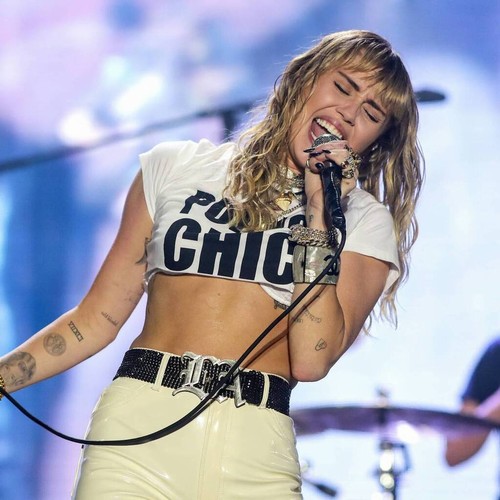 Miley Cyrus has opened up about the extent of the damage to her vocal cords.

The hitmaker was diagnosed with Reinke’s edema – a swelling of the vocal cords due to the presence of fluid – last year, and she underwent surgery in November to remedy the issue.

In a new interview, the Midnight Sky hitmaker explained that the condition is caused by “abuse of the voice or people who talk too much,” noting: “Normally people in their 60s or 70s get it”.

Telling the Daily Star that nobody taught her to consider the longevity of her voice, Miley said she now knows that: “it’s like an athlete, recovery days are just as important.”

Blaming performing since the age of 12 and constant partying for the decline in her voice, since the surgery the star has quit smoking and drinking alcohol.

She has recently credited the operation for getting her sober.

“I don’t smoke anymore, and I’m sober,” she declared.

“I’ve been sober, pretty much the vocal surgery kind of did it for me because I just learned so much about the effects,” the Malibu star told The Joe Rogan Experience podcast.

“You’re just taught it’s not really the drinking, it’s the staying up all night. Once you have your drink, you end up smoking.”