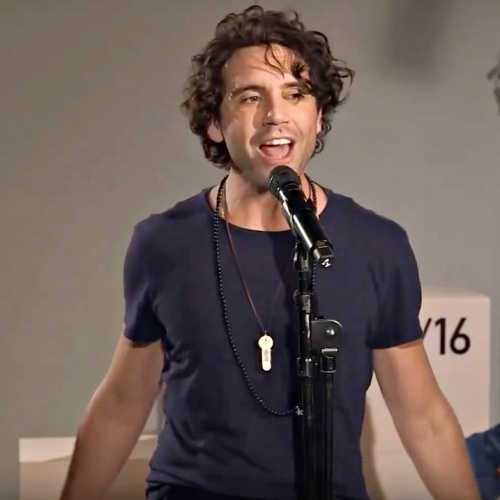 Mika announces the ‘I Love Beirut’ benefit concert, which will be performed on Saturday 19 September and will be live-streamed across four time zones via YouTube. Tickets cost £10 / $10 / €10 and will be available from Ticketmaster alongside the GoFundMe campaign, where people can make additional donations to the cause with 100% of all proceeds being split across Red Cross Lebanon and Save the Children Lebanon. Tickets go on sale at 9am BST / 10am CET on Monday 24 August.

This intimate performance has been initiated by Lebanese born singer Mika after he was profoundly affected by the scale of devastation from the explosion in Beirut docks and its impact on the people of the city. Following on from his ‘Love Letter to Beirut’ (see note to editors below) which he wrote directly in the aftermath of the explosion. In an effort to do more he has created ‘I Love Beirut’, an event to raise funds to help those who have been affected by the devastating explosion.

Mika comments: “After all the years of civil war, financial crisis and political upheaval, the news of the tragic explosion was unbelievable. Although far away, my heart broke for the families losing their homes, their livelihoods and their loved ones in this catastrophe. I wanted to do something to help in any small way I can. That is why I am staging a live stream concert in aid of the people of the city. Beirut has been through so much and the resilience and strength the Lebanese people is undeniable. I have no doubt that the city will recover and the unique life of this magical city will resume once again. Beirut is the place of my birth, is part of me and will always be in my heart. ‘I ❤️ Beirut’.

The Lebanese United Nations team has reported the explosion was like 15 years of war in 15 seconds, comparing its impact to the devastation from the country’s civil war that lasted from 1975 to 1990. Miles from the blast site apartments are wrecked and families left homeless. It’s estimated 300,000 people do not have homes fit to live in, as Lebanon now has to undertake a single recovery effort of unprecedented scale.

Hospitals in Beirut are now overrun with wounded people, with some being referred to Tripoli, 50 miles to the north of Beirut, for treatment. The destruction of Beirut’s port will devastate the country further as it relies heavily on imports for its essential supplies. Red Cross Lebanon and Save the Children Lebanon are working around the clock to help those on the ground affected by the blast. Donations will fund immediate emergency response and wider long-term rehabilitation.

Donations to be made at: gofundme.com/ilovebeirut
Tickets will be made available via Ticketmaster at 9am BST / 10am CET on Monday, 24 August

Supporting images and video of Mika talking about the concert available here: we.tl/t-OFhmJeJLaY