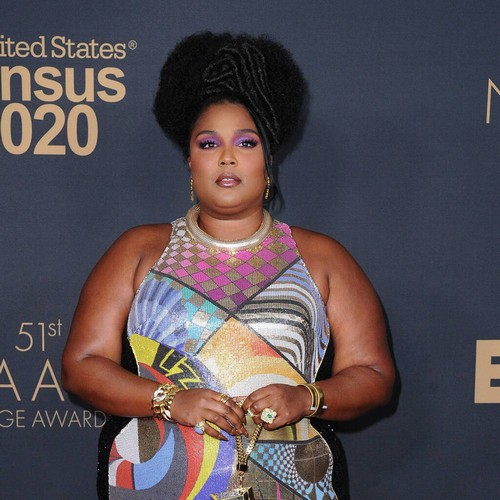 Lizzo is determined to keep spreading the message of self-love after realising she has become a beacon of hope for girls and women just like her.

Lizzo is determined to keep spreading the message of self-love after realising she has become a beacon of hope for girls and women just like her.

The Good as Hell singer recently signed up to speak at Vogue’s Forces of Fashion conference in November, and she told the magazine she will always serve as a role model thanks to the fans who have thanked her for speaking her mind and being real.

“I think it’s important that I take full responsibility for the way the world perceives me because that is the way they’re gonna perceive someone who looks like me in the future,” Lizzo explained.

“Maybe, hopefully, that would give some young girl someone to look up to and take away the opportunity for someone to weaponise her uniqueness against her,” she went on, adding: “I had to travel the world and I had to meet people and read DMs (direct messages) and look into their eyes and really hear their stories to believe that I was making an impact in a positive way.”

The hip hop star is also determined to be more than a “body positive” icon, admitting: “I think it’s lazy for me to just say I’m body positive at this point. It’s easy. I would like to be body-normative.”

Declaring: “I want to normalise my body,” Lizzo reflected: “And not just be like, ‘Ooh, look at this cool movement. Being fat is body positive’. No, being fat is normal.”

She mused: “We have to make people uncomfortable again, so that we can continue to change. Change is always uncomfortable, right?”