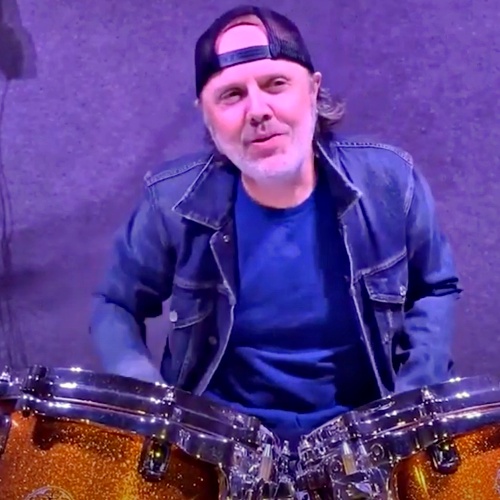 The Metallica drummer has heaped praise on the English rock band – who rose to fame in the late 1970s and early 1980s – for their ability to captivate music fans from multiple different genres, as he recalls the music scene being “very segregated” at the height of their fame.

Speaking to Classic Rock magazine as the publication celebrates 40 years since the release of Motörhead’s hit album, ‘Ace of Spades’, Lars said: “I think when you write the story of ‘Ace Of Spades’ you have to remind people of the time. Back in 1980, the music world was way more segregated than it is now. So if you were a heavy metal guy there was a particular look, a uniform. If you were a punk kid it was the same, or an alternative kid if you liked Joy Division or whatever. Everything was very segregated, especially in England. The one thing that was different about Motörhead was that they united people from all these different genres.

Lars, 56, believes “everybody loved Motörhead” at the time, and credited the band with “blowing away” any division in music.

He added: “So all these punks, skinheads, alternative kids and metal kids… f****** everybody loved Motörhead. In a time of division and segregation and ‘F*** you, you can’t be in my gang’ and ‘I don’t wanna be in your gang’ and ‘We’ll beat each other up, football hooligan-style’, Motörhead were the first band to really unite fans across all these different genres. They blew away all that division. That’s the important piece remember in the story of Motörhead.”

And the fellow rock legend also praised Motörhead – who disbanded in 2015 following the death of founding member Ian ‘Lemmy’ Kilmister – for being “transparent” about who they were, and acting like the “friends” of their fans.

He explained: “There was an honesty to Motörhead and it was so f****** transparent. Kids of my generation, we loved Led Zeppelin, we loved Kiss, we loved all these different bands, but they were larger-than-life characters – with Kiss, like cartoon figures. But Motörhead were the guys next door, the guys down the pub. Motörhead were our friends. Motörhead were who we were.”