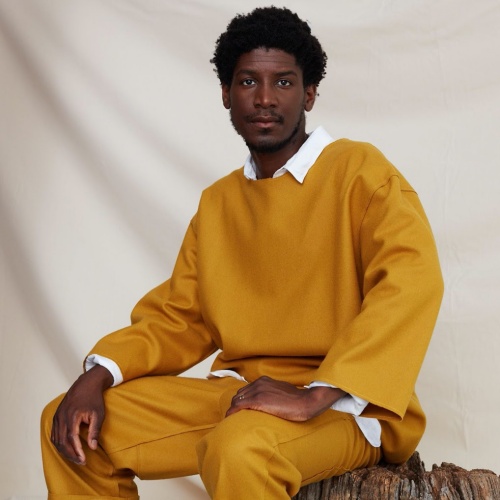 What a journey it’s been – having recently won his second Ivor Award, Labrinth today wakes up an Emmy Award winner. Nominated for two Emmys this year as lead composer, Labrinth has won the first category for ‘Outstanding Original Music & Lyrics’ for his work on the official soundtrack for HBO’s hit series ‘Euphoria’.

For over 70 years The Emmy Awards recognize excellence in various areas of television and emerging media, and are widely recognized as one of the most coveted awards of all time. The win signifies a pivotal moment in Labrinth’s career, as it celebrates his first-ever project as lead composer.

Written and recorded in close collaboration with the show’s writer Sam Levinson, Labrinth’s original compositions to ‘Euphoria’ feature prominently throughout the series as a sonic companion to the show’s angst-driven narrative. The resulting 26-track collection is a genre blending mix of gospel, soul and electronic influences, indicative both of Labrinth’s imitable style as well as the show’s deeply moving storyline.

Labrinth adds, “My experience with Euphoria has made me a better musician. It was a dream come true to give wings and add magic to the different storylines. It was a collaborative effort among Sam Levinson, the crew and the cast – I only added texture to an already phenomenal show. I hope that anyone who listens to the music embraces feeling something.”

With over 400 million streams to date, Labrinth’s award-winning album is a standalone work of art. In particular the track, ‘Still Don’t Know My Name’ which is listened to more than a million times a day, amassing over 100 million streams to date, trending on Shazam and TikTok, and is rising through the charts rapidly across the world as one of this Autumn’s key tracks to watch.