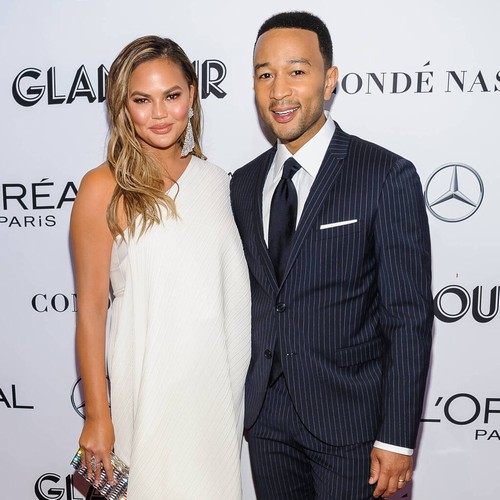 John Legend and Chrissy Teigen’s third pregnancy was “truly a surprise” for the couple – as they feared “it would never happen”.

The All of Me star and model Chrissy have spoken candidly about their fertility issues in the past and, in an interview with Cosmopolitan U.K. magazine, the crooner admits the pair weren’t too hopeful about the prospects of extending their family.

“It was truly a surprise. We had struggled to conceive naturally all this time and figured it would never happen,” he explains. “I guess all of our time spent at home together was enough to conquer any fertility challenges we had.

“We thought it couldn’t happen this way and were worried that something would go wrong but, so far, all the tests have come back great and we feel very good.”

Since becoming a father, the 41-year-old singer has made sure to prioritise spending quality time with his brood amid his hugely successful music career.

“It gives you a sense of purpose greater than yourself,” he explains of fatherhood. “You can help influence the next generation and they can make the world a better place. It makes you think about work priorities.

“As soon as we had Luna, I thought more about my work schedule and how much I wanted to be home. It’s a different kind of love. You feel love for them because they’re yours, but you feel this responsibility for them as well.”

John and Chrissy wed in 2013 and share daughter Luna, four, and son Miles, two. They announced they’re expecting their third child – a son – in August.