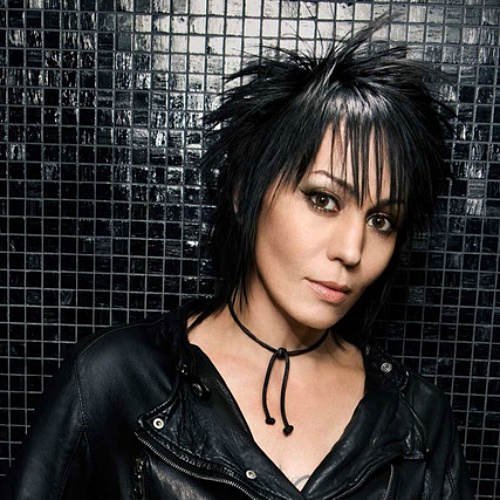 The 61-year-old musician says Bolan – who was the lead singer of T. Rex and one of the pioneers of the glam rock movement of the 1970s – inspired her music and image.

Joan – who appears on Hal Willner’s final project, a collection of Marc Bolan/ T. Rex covers called ‘Angelheaded Hipster’, where she performs ‘Jeepster’ – told Variety: “Hal and I were both big T. Rex fans and Marc Bolan was my first crush.

“That’s his scream I’m letting flow through me [in ‘Jeepster’], but it’s also intrinsic to what I do. I don’t even think about it – it’s part of me. Marc Bolan had a major impact on every aspect of my musician self, especially the look – the androgyny.

“The lyrics are surreal, and the words just sound beautiful together. They probably make sense to him, but if you’re looking for a message, you have to create your own. I enjoy the sound, the music and the melody for its own sake. It doesn’t even have to get any deeper than that.”

Meanwhile, Joan – who was inducted into the Rock and Roll Hall of Fame in 2015 – previously slammed the music industry as “nasty” and said it was extremely tough to break into as a young woman in the 1970s.

She said: “Extremely tough. Just the level of … [people] not giving you a chance right away. Looking at you as a joke, as ‘it’s kinda cute’.

“And then people would get very nasty. It is like what the Internet is today, [but] people saying it to your face. You’re a this, you’re a that, you suck, your music’s bad. It could get really nasty.”