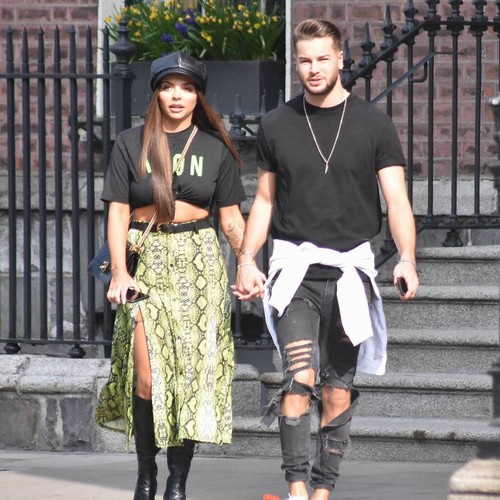 Jesy Nelson and Chris Hughes were planning on welcoming a big brood before their split earlier this year.

The Little Mix singer called time on her romance with British reality TV star Chris back in March, but in scenes for the former Love Island contestant’s new BBC documentary, which addresses male fertility, the pair are seen looking forward to having a family.

A preview clip for the doc, which is titled Me, My Brother and Our Balls, shows the two speaking after Chris is told by a doctor the quality of his sperm has improved, after fears he may suffer from fertility issues.

Once his appointment with the doctor is over, Chris picks up the phone to Jesy, gushing: “I’ve just got to tell her the good news… It’s been a worry for us both.”

Speaking to the Break Up Song star, Chris tells her: “Oh Jessica, I have a lot of sperm and they’re very, very active. I’m really happy.”

“Yay! So we can have lots of babies?” Jesy asks, as he beams: “I think we can probably have three or four.”

Despite their split, Chris has told the MailOnline he’s happy his former girlfriend is in the programme, sharing: “The beauty of Jesy being in the documentary is that it showcases a conversation that couples have, it’s very relatable.”

He added: “Obviously we supported each other when we were together. I still support her now with things, whether I do that publicly or not, I still do support her anyway.”