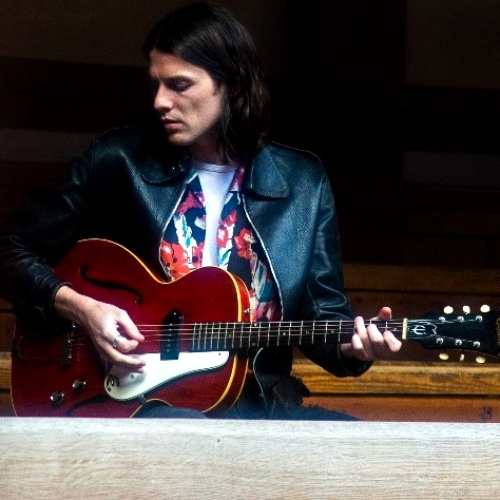 The 30-year-old singer has opened up on his days playing Open Mic Nights in pubs and bars, and he admitted trying to keep people interesting helped him hone his craft.

Speaking to Jessie Ware on the ‘Tables Manners’ podcast, he said: “It’s a pub or a bar, nobody is there for music.
“I would be doing my own songs and people would be listening during the verse and I’d be like ‘oh they like the verse’, then I start the chorus and they start talking.

“I’d go away from a night like that and I’d go ‘ah ok, I need better choruses.’ It just helped me work on songwriting and things like that.”

The ‘Hold Back The River’ star also discussed the hit single – which was released in 2014 from his debut solo album ‘Chaos and the Calm’ – and how the track came together.

He added: “I wrote that in the bell tower of a church with a friend of mine called Ian Archer, who was in Snow Patrol for a bit.

“He’s a really great songwriter in his own right as well. And we got together and it’s in like Caledonian Road it’s like round there.

“And he has a studio in this church bell tower. Which just sounds really good when you stand in there and just stomp on the floor and sing.”

Meanwhile, James previously revealed his childhood sweetheart Lucy Smith – who he has been with for 13 years now – was a driving force behind him pursuing his passion as a musician.

He recently said: “She’s the coolest person in the world. We were close friends before we were in a relationship.

“Back in the day, we would be sitting in on a Wednesday night watching TV, and she would say, ‘Hang on, if you want to be a big artist one day, surely you should be out in some pub or club playing some songs right now’.

“She instilled that in me, and I got out and did it. I wouldn’t be here without her.”