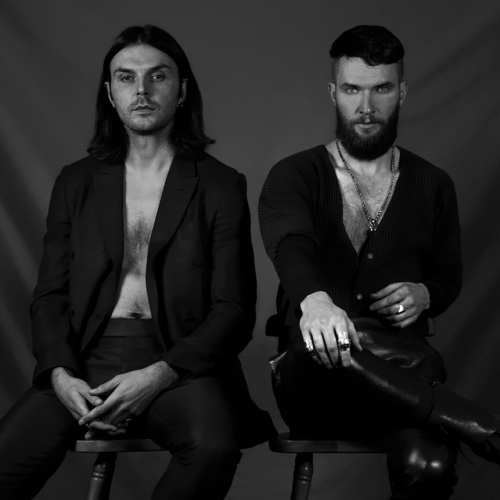 Due for release on September 4th, Hurts’ highly anticipated new album ‘Faith’ marks a new era for the duo. Born out of adversity, the group found themselves battling through a creative stasis to emerge on the other side stronger, more raw and better than they’ve ever been. Featuring the already released tracks ‘Voices’, ‘Suffer’ and ‘Redemption’, today Hurts reveal a new offering, ‘Somebody’.

A full-bodied cut of bombastic pop with a truly dynamic edge, ‘Somebody’ broadens the sonic palette of the group further beyond their previous efforts. An unapologetically uplifting track, the composition of ‘Somebody’ builds towards repeated bursts of energy, with Adam Anderson’s impactful arrangements allowing Theo Hutchcraft’s vocal to soar even higher. The track’s video continues Hurts’ passion for the conceptual, with Hutchcraft going through the motions walking through a surreal city populated by exotic birds; his hollow pacing only being held up by violent jerks as if a demon is being exorcised, before culminating in a frenzied freeform dance routine. ‘Somebody’ continues the lineage of a classic Hurts visual; considered, art-filled, and powerful, laden with subliminal meaning throughout.

On the track, the band say:
“SOMEBODY is a song about defiance, strength and getting back up when you’ve been knocked down. It’s a change of gear from the other songs we’ve released so far, but it showcases an intensity and energy that occupies part of the album.”

Alongside the release of ‘Somebody’, Hurts have also announced their return to their spiritual home – the live stage – for the ‘Faith’ World Tour. Taking place across 17 countries and three months, the tour starts on February 11th 2021 in Azerbaijan before stopping in Kazakhstan, Russia, Finland, Estonia, Latvia, Lithuania, Belarus, Ukraine, Slovakia, Czech Republic, Germany, Poland, Switzerland, Netherlands, Belgium and the UK, culminating in a special homecoming show in Manchester on 16th April. Full list of dates are below.