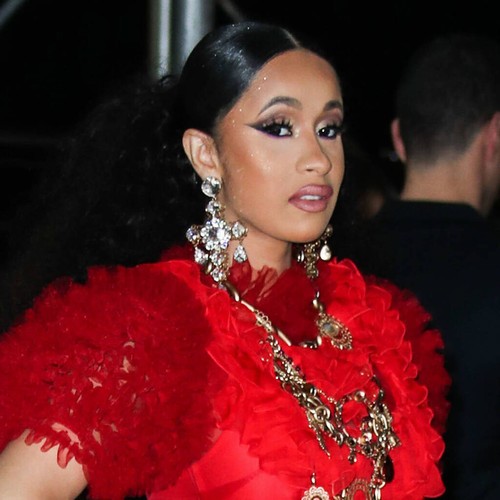 Cardi B has slammed critics who try to bring her down by photoshopping her face and body and posting the unflattering images online.

The Bodak Yellow star hit Instagram on Sunday to highlight one paparazzi photo that had been doctored, and she blasted the mean-spirited troll behind the prank.

“It’s the fact that people try to photoshop my face and body to post on their platform so people can bash me and make me feel down on my appearance on purpose…,” she wrote alongside the side-by-side images in her now deleted post. “The fact this a paparazzi picture from months ago (sic)…

“That’s why I pray everyday and God keep blessing me triple in people face cause they done tried everything to bring me down from making rumors about me to now photoshopping me tryinh to make me go viral with a photoshop pic of a paparazzi pic from months ago (sic).”

She continued to point out that she doesn’t wear a nose ring, and that it was mostly women who cruelly distorted photos of her.

“Like, when was the last time I had nose ring? And why the duck ya make me look like a middle eastern boy…? Tryinh to bring me down and doing f**k s**t to me it’s only going to bring you lil pleasure and laughter for a day or 2 then ya going to get reminded AGAIN AND AGAIN that no matter what ya tried I still came on top!” she raged.

“And the sad s**t is that the people that be doing these rumors and be trying to make people bash me about my looks are WOMEN (sic)!”