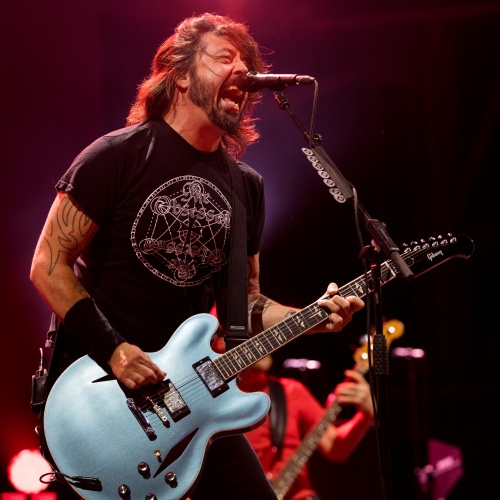 The AC/DC legend and the Foo Fighters frontman have joined forces for ‘Brian Johnson Meets Dave Grohl’, which they recorded at Dave’s band’s Studio 606 in California.

The pair will exchange their tales of life on the road in two of the most iconic heavy rock bands.

Brian has been back in the studio with his bandmates working on a new record after he was forced to quit the group in 2016 on doctor’s orders due to progressive hearing loss, with Guns N’ Roses frontman Axl Rose filling in for him on tour.

He spilled: “I had dinner with [AC/DC singer] Brian [Johnson] recently, and we talked about [the band’s return to activity].

“The original — I don’t say the ‘original’ guys, because a lot of ’em are gone, but I say the ‘classic’ lineup is back together and there are some surprises, which I can’t talk about, regarding Malcolm Young that just had my jaw on the floor.

“I will say he will be present. So this is AC/DC as we know and love them.”

Foo Fighters, meanwhile, were set to hit the road for their 25th anniversary ‘Van Tour’ of North America, but it’s been cancelled due to Covid-19.

The ‘Everlong’ rockers – who have a new album on the way – were due to hit the road for 11 shows across the US, revisiting the places on their 1995 jaunt, however, they were forced to postpone the shows due to the coronavirus pandemic.