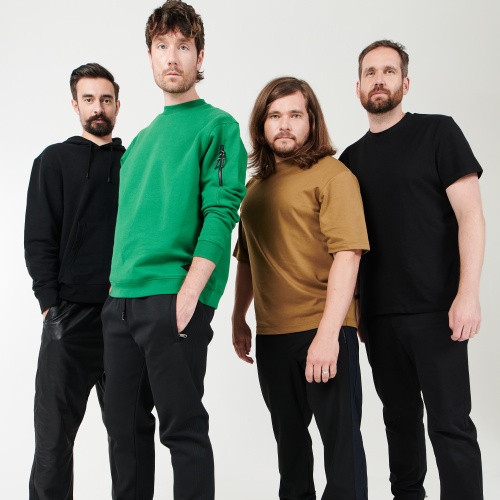 Dan Smith says Bastille are currently working on “some of [his] favourite music” that they’ve “ever made”.

The English rock band recently dropped their brand new track, ‘Survivin’, and frontman Dan has confidently assured fans the group’s latest work will be better than anything they’ve made before.

Dan, 34, also suggested Bastille are set to begin their “next phase” as a band.

He added: “I guess with this song and with this whole next phase of our band, I want to push to the forefront all the stuff that we’ve been doing for years in terms of experimenting and bringing in different kinds of sounds, and feels, and grooves. But I want it to be just pretty obvious in the songs that we push the hardest. And I just love this song.”

But when pushed further about their new direction, the ‘Pompeii’ hitmaker played coy, insisting he wants to be “annoyingly evasive” when it comes to discussing the future of Bastille.

He explained: “Yeah, I’m just going to be annoyingly evasive. I guess we’ve just been making music and having fun.”

Dan’s biggest hope for Bastille is that they manage to keep “surprising” fans with their music.

Speaking to Zane Lowe on Apple Music, he said: “I think, like as you know more than anyone, how people release music and how people listen to it, it’s changing. And I think we just want to keep things light and keep it surprising.

“As a band, one of our worst things is we always try to like maintain things as surprises. And I’m like, ‘Who the f*** cares?’ But I guess I want to live in this song for a bit and everything that it kind of represents. And the mad video we’ve made with it and all of those things.”