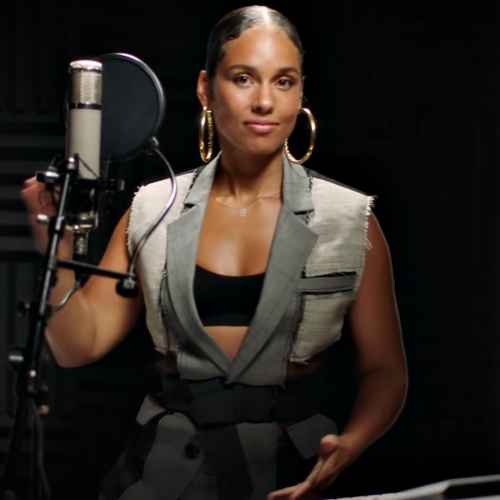 Alicia Keys says writing with Snow Patrol’s Johnny McDaid is like having therapy.

The ‘No One’ hitmaker has released her new self-titled album, ‘ALICIA’, today (18.09.20), and she penned the single ‘Underdog’ with a group of songwriters, including Johnny and Ed Sheeran.

The R&B superstar has revealed her sessions with 44-year-old songwriter – who has also co-written tracks for the likes of Pink and Robbie Williams – ended up leading to them digging deep into “very personal” and “very vulnerable” matters.

Alicia told The Sun newspaper: “’Underdog’ is the track with Johnny and Ed Sheeran on it and I guess it just happened as they are friends.

“I love writing with Johnny. He is a very special person to write with. He’s actually more a therapist than a songwriter.

“He’s really about listening and starting this conversation that allows us to talk about the truth and the heart of the matter. From there we find ourselves stumbling on titles or melodies or stumbling on concepts or thoughts.

“He has a lot of that and so it ends up coming to these very personal, very private, very vulnerable, very honest places. And so that’s kind of where ‘Underdog’ came from.”

The 39-year-old Grammy-winner – who has joined forces with the likes of Sampha, Miguel, Jill Scott, and Khalid on the record – admitted that she was never really into collaborating before because she wasn’t keen on getting personal with strangers – but that’s no longer the case.

She said: “I really like collaborating now. At the beginning, I didn’t like it at all because I didn’t want to talk to people I didn’t know. Now it’s cool.”