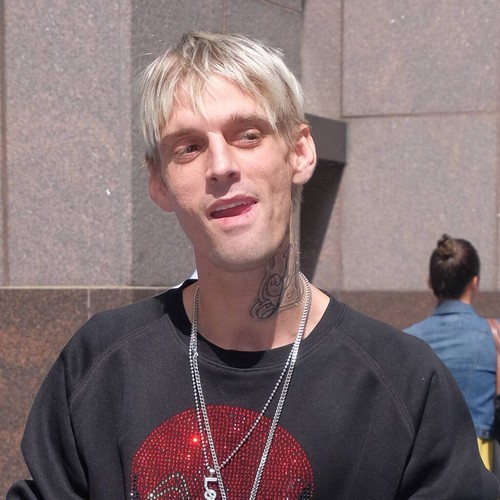 The I Want Candy star had teased his first appearance on the site earlier in the day, telling fans: “It’s my first time! Check me out live tonight camsoda 9pm PST camsoda cammodel.”

During his first live broadcast, Aaron shot scenes in his shower as well as his bedroom, where he was at one point seen sitting on his bed naked, playing the guitar, according to U.K. newspaper Metro.

The 32-year-old’s debut on the site comes four months after his fiancee, Melanie Martin, first appeared there herself.

Ahead of the broadcast, a representative for CamSoda told the New York Post’s Page Six that Aaron would: “eat bananas teasingly and peel some with his feet” during the performance.

Despite the adult nature of the performance, fans of the pop star were glad to tune in.

“Aaron Carter was my first concert and now the first cam model I’ve tipped to watch their show,” tweeted one fan, while another added, “I have now also paid to see Aaron in concert…well my parents paid xD and now I have tipped to see his cam show, I am gonna let my mom know about it for sure lmao (laughing my a** off).”

As well as CamSoda, Aaron also has an OnlyFans page, where his followers can pay $27 (£20) a month for a subscription to see exclusive content from him.