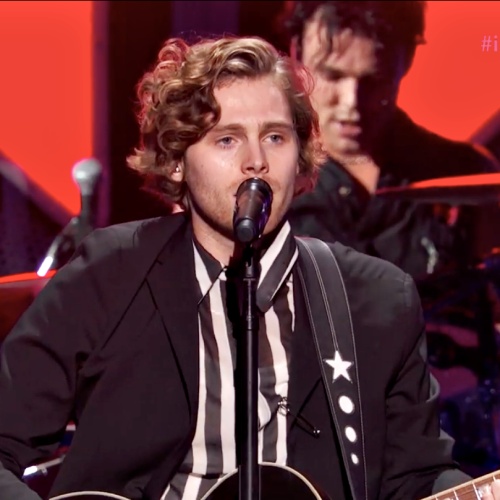 The 26-year-old musician – who shot to fame alongside his bandmates Michael Clifford, Calum Hood, and Luke Hemmings in the pop rock group – is set to release ‘Superbloom’ on October 23.

Ashton said: “He’s already caught up in his own mental image of what his body should look like.

“I thought that was such a crippling trap for a young man to try and walk through.

“I needed to write a song that captured the pain of body dysmorphia. I have been through stages in my life where I’ve been sickened by that state of mind.

“The over-arching narrative is support system, healing, recovery, strength and focus on true self. I felt like I had a lot to write about.”

It’s been six months since the last release from 5SOS, with the four-piece releasing their fourth album, ‘C A L M’, in March.

Meanwhile, Ashton’s bandmate Michael previously admitted he thinks the coronavirus is a “cool test” for bands to try and “push them creatively”.

The ‘Wildflower’ hitmaker admitted it was tough in lockdown without his band members, but it gave them a new challenge.

He said: “I think it’s been a cool test for bands and artists to have to do things out of their own home. I feel like it’s pushed everyone creatively, but I would be lying if I said that I wasn’t looking forward to just getting in a room with everyone again and actually being able to play instruments and just feel the presence of the band. It’s been interesting to try to push the boundaries of how you connect with people [when] you only have the internet. Usually we’re just so used to physically flying to another country, like, ‘Hello, we’re all here.’”